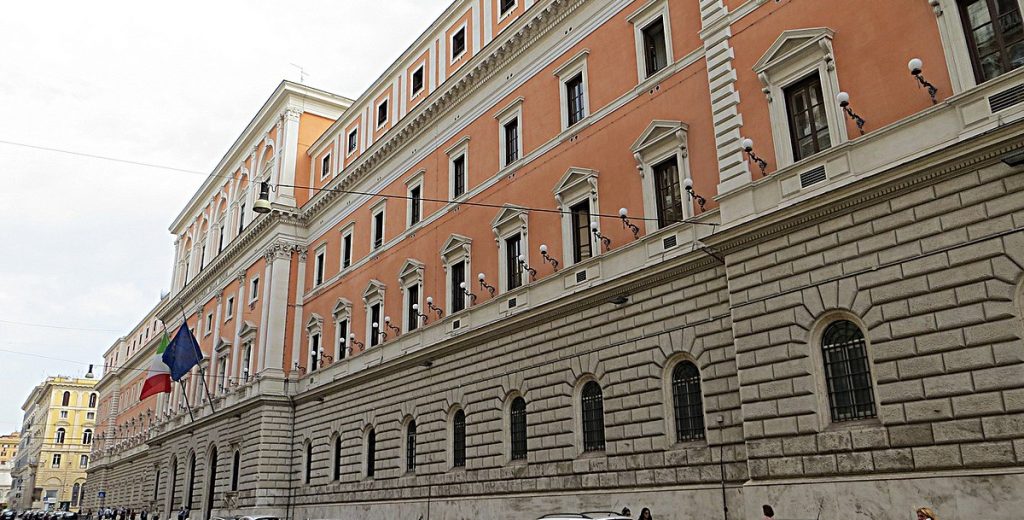 During the visit, which took place at the seat of the Chief of the Defence Staff in Rome, Professor Greppi and General Battisti presented the activities of the Sanremo Institute, highlighting its role in the training of civilian and military personnel on international humanitarian law and other related topics.

Furthermore, the meeting provided an opportunity to officially invite the Chief of the Defence Staff to Sanremo at the opening ceremony of the Competition on International Humanitarian Law for Military Academies, organised by the Institute every year at its headquarters in Villa Ormond and addressed to Military Academies, with the overall objective of providing in-depth practical knowledge on the application of international humanitarian law rules.

The initiative, scheduled from 21 to 25 March 2022, will involve 23 teams of Officer Cadets from military academies from different regions of the world – from West Point to the Italian Application School of the Army, the Royal Military Academy Sandhurst, the National Defence Academy of Japan, the National Defence Academy of Georgia and the Nigerian Defence Academy – in a five days of intensive training and practice, whose final purpose is to enhance the understanding of the existing operational tool related to the application of the IHL provisions in armed conflicts.