On 15 December Col Mark Dakers, Director of the Military Department attended an event at the War Museum in Athens to launch Greece’s newly published Law of Armed Conflict Manual. The Manual has been written by the legal team from NRDC-Gr, Lt Col Vasileios Karatzias, Maj Vasileios Zalidis and Lieutenant Alexandros Lioutas who all participated in the launch. The launch was hosted by the Hellenic National Defence General Staff Legal Corps Director Maj Gen Spyridon Giannakakis.

Col Dakers gave a short presentation on the value of LOAC manuals both to armed forces and more widely in broadening the understanding of the subject matter. There was also a presentation from Andres Munoz Mosquera, Director of the Legal Office at NATO Allied Command Operations in Mons, and Monica Zanarelli, the Head of the ICRC Mission to Greece as well as discussion panels involving a number of leading academics in the field from Greece.

The manual will be translated into English in 2022 and will be a valuable contribution to the understanding of LOAC and congratulations are due to the three authors. 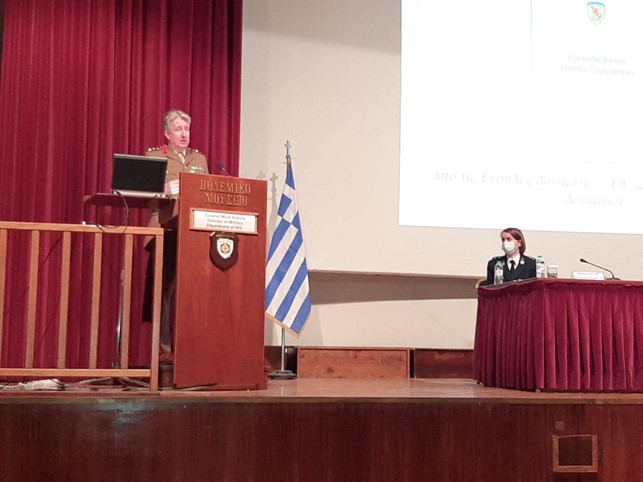