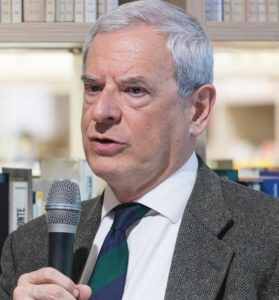 The General Assembly of the International Institute of Humanitarian Law met in Sanremo at the end of the Round Table, on Friday 6 September, to elect the new Council.

The new Council met on 7 September and Professor Edoardo Greppi, who served as Vice-President in the Council since 2012, was unanimously elected as President of the Institute.

At its first meeting, held the day after the election, the Council elected unanimously former President of the Institute, Prof. Fausto Pocar, as Honorary President. General (rtd.) Giorgio Battisti and Prof. Nils Melzer were unanimously elected as Vice-Presidents. Furthermore, Dr. Helen Durham, Director of International Law and Policy at the ICRC, and Mr. Johan Rautenbach, Legal Counsel and Director of the Office of Legal Affairs at the IOM, were co-opted as members.